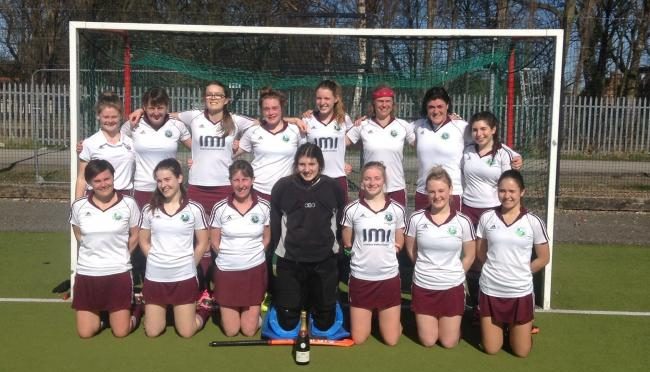 BEN Rhydding crowned their Yorkshire Women’s Division One title-winning campaign by finishing their 22 game programme with an unbeaten record.

The title and promotion were already secured so the challenge in their final game on March 25th was to avoid defeat.

Rhydding’s defence had only conceded nine goals in 21 games and their early work was confident and secure.

At the other end of the field the Rhydding attack tested and stretched the opposition with their fluid passing game.

A 1-0 half-time lead was a scant reward from some excellent attacking play. The only goal was scored by Niamh Brennan.

The second half was less than straight forward as Hull equalised with a contested goal.

The setback was just what Rhydding needed as they quickly responded with a hat-trick from Freya Bellamy.

It meant they finished the season with 20 wins and two draws having scored 74 goals and conceded just ten.

Their dominance of the league is reflected by the 22-point gap between themselves and second-placed Bridlington.

The end of season awards reflect the outstanding quality of the young players within the squad with Abi Prentice being nominated by her team-mates as player of the season and Rachel Scott receiving the captain’s award for her outstanding contribution.