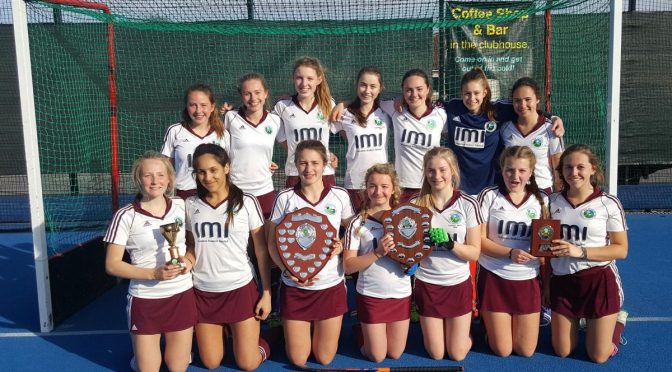 BEN Rhydding’s under-16 girls A and B created club history on Sunday March 26th when they both competed in the Yorkshire League play-offs.  This follows the A team winning through to the National Finals on April 7/8th at the Lea Valley Stadium.

Report from the Yorkshire Finals

It is the first time that both the club’s teams have reached the finals. 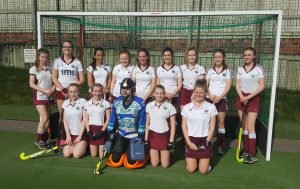 The B team (pictured above) underlined their improvement this season as they put in some great performances as they took on A teams from Wakefield, Harrogate and Thirsk in their group.

Ben Rhydding’s forwards were never going to have an easy day out, but Darcy Hartley and Beth Day made good use of the opportunities to attack, ably supported by Eva Hanlon and Hannah Hall.

Despite not qualifying for the semi-final, the B team have had a fantastic season, and the future bodes well, with most of the team still under-16 next year.

Ben Rhydding’s A team faced a different pressure. They were the team to beat having won the league while remaining unbeaten.

They squeezed past Doncaster with a single goal from Kirsty McMillan who was also on target in the 4-0 win over Wakefield B 4-0.

It meant Ben Rhydding were in the semi-finals with one game to play. Their final group match saw them beat York 3-1 to top the table. McMillan (2) and Becky Hadfield were their scorers.

Ben Rhydding were soon into their stride in the semi-final against Thirsk.

McMillan slipped the ball home to give her side an early lead before unleashing an unstoppable top corner strike which Thirsk were unable to recover from.

They piled on the pressure and reduced the deficit with minutes remaining, but Rhydding held firm to secure a place in the final against Wakefield A.

These two sides have met so many times in recent years and produced a fitting finale worthy of this competition.

Despite visibly tiring after two hours of hockey in the sudden March heatwave, both teams gave it their all with an end to end display of competitive hockey.

Both sides saw short corners go agonisingly close and the two keepers made outstanding saves to keep their side in the game. This encounter was always going to go to the wire, and it was to the delight of the Ben Rhydding supporters that Lucy Williams was rewarded for her fine performances throughout the day with the goal that eventually secured the title after a neat interchange with Hadfield.