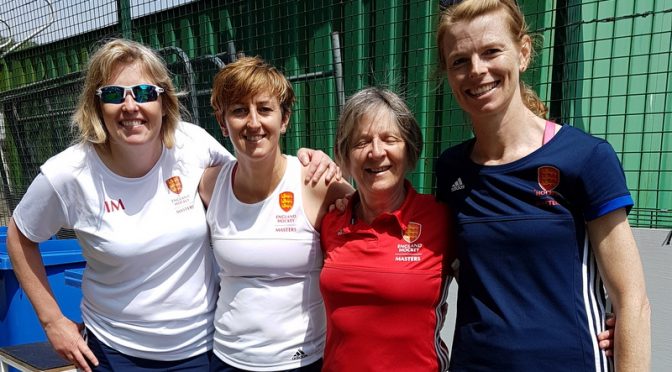 A COMPREHENSIVE 3-0 win for England Over-55s against Germany earlier this month in the final of the Exin Masters World Hockey Cup in Spain saw Ben Rhydding hockey player Andy Locke complete a clean sweep of medals. 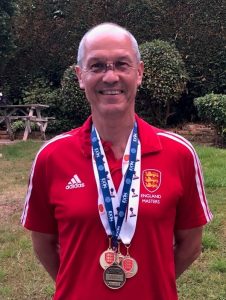 That success means that he has secured National Cup, Divisional, Home Nations and World titles in one year, with Ben Rhydding, the North and the England sides respectively.

The England Over-55s side scored 26 goals and conceded only once on their way to the world title, during a tough 1-1 draw against Australia in which Locke sustained a broken nose.

World Cup success with England completed an intensive period for Locke, which started with Ben Rhydding Men’s Over-50s team beating Isca in May at Lee Valley, to secure their third national title in the last five years.

Referring to the World Cup win, Locke enthused: “It was a really tough competition, playing many of the games in over 40 degrees of heat.

“Exin and Club Egara organised an amazing event with men’s and women’s teams aged 35 to 60 coming together from all over the world for the world’s largest ever international hockey event.

“Despite getting my nose smashed by a ball in the Australia game, some terrific care from the Spanish hospital in Terrassa meant I was able to play in the final.

“The win topped off an incredible year, but the overriding feeling I have is one of huge gratitude for the amazing friends I’ve made through the sport of hockey.”

Locke was not the only successful Ben Rhydding player in Spain. Rachel Doherty and Abigail Box, along with Issy MacDonald (team coach), were representing England at the Exin World Masters event in Terrassa.