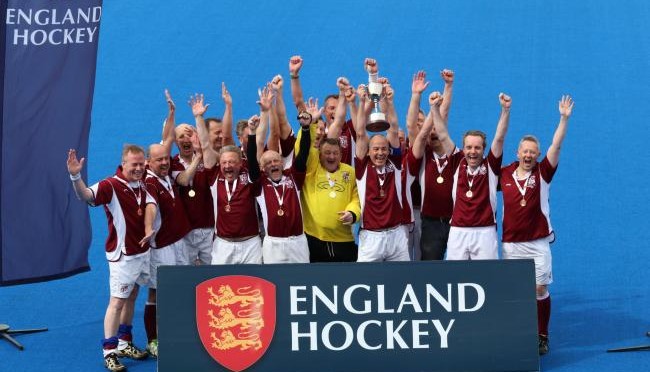 ANDY Locke’s final season as skipper of the Over 50s Super Vets ended in glory for Ben Rhydding at the Olympic Park, Lee Valley Hockey Centre.

Once again his team came from behind to snatch victory at the death in an amazing ding-dong battle with Richmond which saw the umpire hand out five green and green yellow cards in a chaotic and breathless game which had everyone on the edge of their seats up to the final whistle.

Richmond struck two early goals as Rhydding were characteristically slow to start, and had to face a two-goal deficit for the third time in four games – but just as they had done against Barford Tigers and then Reading, Yorkshire grit and determination came to the fore.

Two inspired substitutions turned the game around and the scores were level at the break. Johnnie Till and then Howard Pickard both scored crucial goals.

It was Richmond who controversially went ahead again from a disputed short corner, but Ben Rhydding were not finished yet.

With Mark French, Rob Ward and Ian Cussons tireless in midfield the pressure told when Brian Kempson equalised with ten minutes to go, and with Richmond down to nine men, Tony Wing slotted the winner with four nervy minutes to go.

Ben Rhydding were National Champions again for the second time in three years.