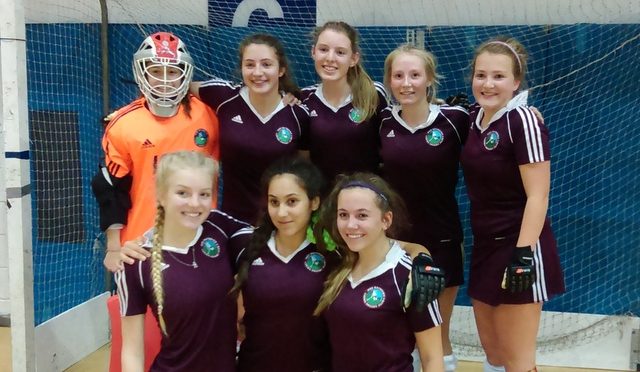 Having had their first taste of indoor competitive hockey in last season’s competition, Ben Rhydding showed no sign of nerves as they notched up a 4-1 victory against Brooklands in their opening fixture, followed up with a confidence-boosting 4-0 victory over Thirsk.

Local rivals Wakefield always prove tricky opposition, and an end to end game saw both sides go close to scoring, but it was Ben Rhydding who took the points with a smartly taken drag flick from Evie Malir.

With maximum points from three games, Ben Rhydding were the team to beat, and Bowden piled on the pressure early on, equalising Rhydding’s opener and looking dangerous on the break.  Ben Rhydding soon regrouped, however, and were quickly back in charge, running out 4-1 winners with Bowden unable to respond.

With national qualification all but secured, Ben Rhydding did not ease up, and ensured they finished the day on maximum points with victories over Huddersfield and Doncaster to top the group as North Champions.

Ben Rhydding now look forward to the National finals in Wolverhampton on 21/22 January.